On the 25th of June, a team of 8 pupils and 2 teachers from Inverness in Scotland travelled to Marghita in Romania. During the first week of our stay we were helping to run a summer camp for disadvantaged children and teenagers. This was a busy and fun-filled week packed with different activities and games. A particular highlight was the nearby swimming pool and we were swimming at least once every day. It was hugely rewarding to see the kids grow in confidence in the water and we all had fun playing different games and practicing our diving. Week one was rounded off with a highly entertaining and amusing talent show where everyone had the chance to showcase their skills. It was brilliant way to bring everyone together and end a fantastic week. Prior to the trip our team had been fundraising for months and it was brilliant to see the positive impacts our efforts had as we were able to give these children a great holiday. 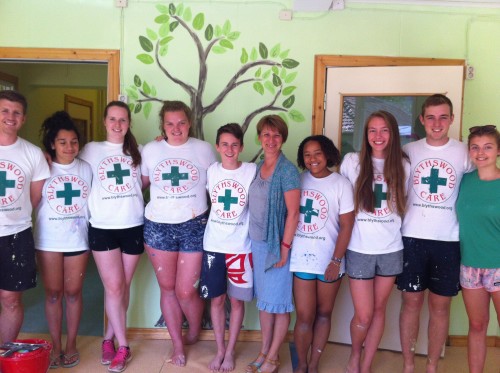 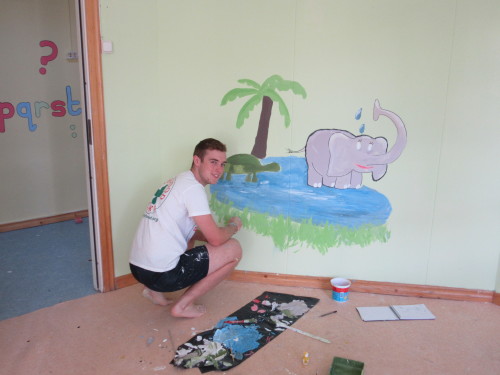 A visit to Casa Silvia was a great way to start our second week in Romania. We enjoyed meeting everybody and giving out clothes and other gifts. The team put up a trampoline in their garden which seemed to be an instant hit and will hopefully provide hours of fun over the summer. Our main task for the second week was redecorating a part of the children`s home Casa Albă to be used as a special needs school. This involved sweeping, mopping and lots of painting. We made the rooms as bright and cheerful as we could and had a lot fun painting murals on the walls ranging from the alphabet and a number line to hot air balloons and an elephant. We loved getting our hands dirty doing some manual labour and it was great to see the tangible results of our work. Throughout our stay in Marghita Dan, Lidia, Ruben and Manuela Micula were excellent hosts who provided great food and activities such as volleyball, football and swimming. Speaking of great food, while staying in the beautiful FCE Guest house, Barbro’s cooking was fantastic and greatly appreciated by the team. Everyone we met in Romania was very welcoming and now that we are back in Scotland we miss the friends we made and are definitely feeling the cold! We loved our experience and we are grateful to everybody who made the trip possible. 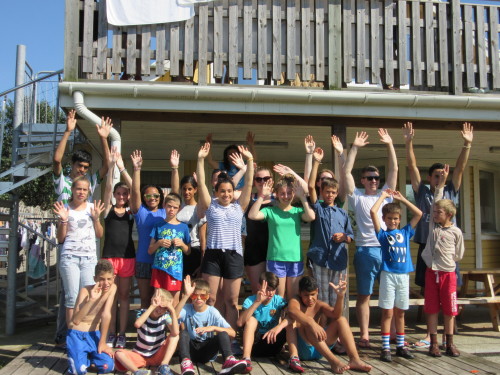 Anna Snedden on behalf of the 2016 Romania Team

On April 12th, a small group of people travelled from Linköping in Sweden to Marghita, a small town in Romania about 60 km from the Hungarian border. There we got to see the work Lars and Barbro Gustavsson built up. EFI Fadder is the name of the Swedish foundation that collects money to support FCE in Romania, which has the goal to help abandoned children and young people to have a future!

During this week we were able to help with whatever was needed. Jonas and Patrik started to build a lawn in front of the volunteer house. Carin and Helena sorted clothes and helped at the Day centre. Ulla helped by sorting clothes and cutting hair. Morgan helped where there were problems with electricity and I helped with computers and installed printers. There was already a group of volunteers there and they were washing and scraping two buildings owned by the foundation as the next group coming were going to paint them. All volunteers who were there had something to contribute, from cooking to working on houses and computers and everything in between!

It was wonderful to come and see the work that has been built up and to be able to help with what I am good at. Simply by hearing about FCE, you don’t understand the extent of this work.  It caught me off guard a bit and it was good that they have a picture/map which shows all the different places where FCE works. Many of their buildings are yellow Swedish wooden houses so they are easy to find. We were able to see the different projects. Among others, there was a Day centre for young people with disabilities, an After School project which helps children with their homework, co-operation with a state-run care home for adults with disabilities and a warehouse where they have clothes for distribution among many other things.

I didn’t have any specific expectations going there but was still caught off guard by the work! Already when we arrived there late (one o’clock in the night!), we were welcomed by Lars and Barbro. The following day we met the volunteer group that was already there and were shown around the premises. I was met by open and welcoming hands and I felt at home! That feeling continued during the days we spent there so I can understand that the children and young people who are part of FCE feel at home. By meeting the children and the young people in each of the projects, I could see a joy in their eyes and I understood that the work of FCE is important! To see how God has used Lars and Barbro, together with others, to build up this foundation which helps the helpless, warms my heart and the faith in a good and helpful God is strengthened!

Having read this, maybe you are thinking ‘How can I help?’ You can do this in many different ways. Besides going there as a volunteer, as I did, you can also become a sponsor and support the work of FCE on a regular basis. Above all, you can join in and pray for the work! You will find more ways to help on FCE’s website http://www.efifadder.se/en/getinvolved/.

It was sad to leave Marghita but this time the visit was to be just one week. From having arrived into warm Spring, we went back to what felt like Winter! This was my first time in Marghita but I know it won’t be the last!

Once again a school group from Sweden full of energy came to Marghita to see where the funds they raised are put to use and to get to know those who receive the help. Eleven high school students and four adults came in two minibuses and stayed for a week. This journey is made every second year with new students and this has been the concept for the last twenty years.

In 1996 the two high schools, Attarpsskolan in Bankeryd and Junedalsskolan in Jönköping, started to raise funds together and send to Romania. Two years later, one group from each of the schools travelled to Marghita in Romania and since then there have always been students at these schools who have seen and experienced the work of FCE. The involvement of Bankeryd began already in 1992. The students at Attarpsskolan held a ‘work-day’ and decided that the money they received from this would go to the newly started work FCE had in Marghita, Romania and the surrounding area. In the Autumn the same year, the initiator, Stefan Karlsson, who still works at Attarpsskolan, went to Marghita together with two students to see with their own eyes what was going on there.

The result of that visit was that the school arranged another work-day in 1993, to be able to send money for the renovation FCE had started on the orphanage/boarding school in Popesti. Once again Stefan travelled to Romania with new students and on his return he was invited to Junedalsskolan to show his pictures and talk about his trip. He enthused Christer Sjöberg, who became the ambassador at Junedalsskolan.

Since then Stefan and Christer have motivated, pushed and fought for this school involvement through ups and downs. The initiative was named ‘Elever hjälper Elever’ (Students help Students) and the work has become something admirable and unique. Students in school can go to work for a day and do something worthwhile and the result are even better with the close connection to the aid project and the school gets feedback on where the money goes and what it is used for.

“Every time we come to Marghita, we see development. It is as pedagogic as it can be and it inspires the students”, Stefan says. “For instance, the pile of gravel we saw turned into a camp venue when we came the next time and what we saw being started two years ago, is now a functioning Day Centre”. “FCE’s work is trustworthy and the administration costs are very low. We know that the money we raise gets there”, say both Stefan and Christer convincingly. It all sounds so easy and they say it is easy! One piece of this puzzle is that they regularly go to Romania and see what is happening.

Today these so called ‘work days’ are mandatory. Those in ninth grade have their day in the Autumn and those in seventh and eighth grade in the Spring. The day is planned as a theme day with current topics and the students who have been to Romania share with the others about the work in Marghita. In the afternoon the students go out to different work places, get paid for the job they do and all of the money is added to what comes in through the street collection and altogether it becomes a LARGE sum of money.

Neither Stefan nor Christer had thought they would continue with this for so many years but both agree that it is a win-win situation. Something good is done for Romania and the Swedish students learn to appreciate their good life and how to share with those who have less.

Both of these good role models are passionate that human empathy should prevail in society and they work hard helping the Swedish high school students to open their eyes to the needs of others. “You never know what this may lead to,” they say. “Maybe those who have been a part of this and are now adults, do something for others today!” 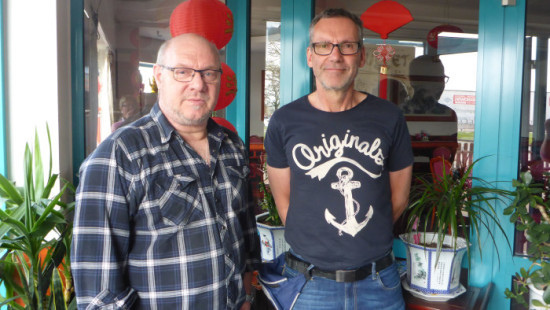