Me and my husband Tomas have returned from two great weeks in Marghita. I would like to share some thoughts and experiences from this visit. 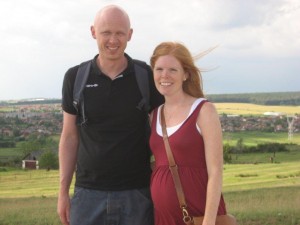 I moved home from Marghita in 2006 after six years as a volunteer there. In Marghita I got to know Tomas, who then become my husband, and he also worked as a volunteer there for more than 1 year. Some of the children I met about 10 years ago at the state orphanage in the village of Popesti are now young adults who, after some years in FCE’s transit homes, are now living in the halfway home “Brandusa” or are renting an apartment in Marghita.

It’s amazing to see the development and the healing that has taken place in their lives over the years that have passed. I think particularly of “Emmanuel” that so often disturbed the group activities at the orphanage because of his hyperactivity and his wild orphanage behaviour including biting himself. He now lives at Brandusa and is working full time at a car wash. In his spare time he is involved in activities for the residents of a nursing home and with children living in poverty in the countryside.

I also think about “Marin” who often had severe emotional outbursts when he hurt himself physically. The staff at the orphanage told me to move him to a mental hospital. Now he rents an apartment with another boy, is working at a shoe factory, and makes plans for the future with his girlfriend. 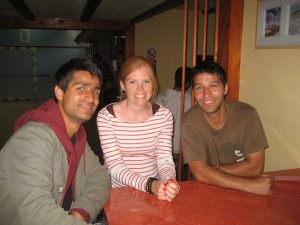 I hardly dare to think about where “Emanuel”, “Marin” and all the other girls and boys from the state orphanage would have been today if they had not received the love, care, help and support from FCE. Although they are now adults, and have developed and healed in many ways, they are still in great need of much support and care. Growing up in state orphanages has left deep wounds that they have to live with their whole lives.

About 10 years ago I met a boy named “Silviu” who then lived at the state orphanage for boys in the village of Cadea. When Tomas and I met him in 2010, when we last visited in Romania, we saw a depressed, hopeless and bitter boy. Now, two years later, we visited him in a village where he lives with his father. We now saw a “Silviu” with joy in his eyes and with plans for the future. Although he lives in a dilapidated house with a dirt floor, he expresses a gratitude for his home. 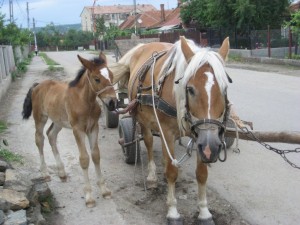 Here in Sweden, I am extremely thankful for the privilege of the good life and conditions I have. It is easy to be caught up in the renovation hysteria that exists in Sweden, where you often fail to see the beauty and good things that you already have. You can also be easily drawn into negative attitudes at work where collegues complain about several different things. It is then when I remind myself of all the girls and boys who work in various factories in Marghita, where working conditions are horrible and where workers’ rights do not exist.

The visit to Romania has again given me a new perspective on things in life. I am already looking forward to the next time when Tomas and I will be able to go back there.

# The names are fictitious